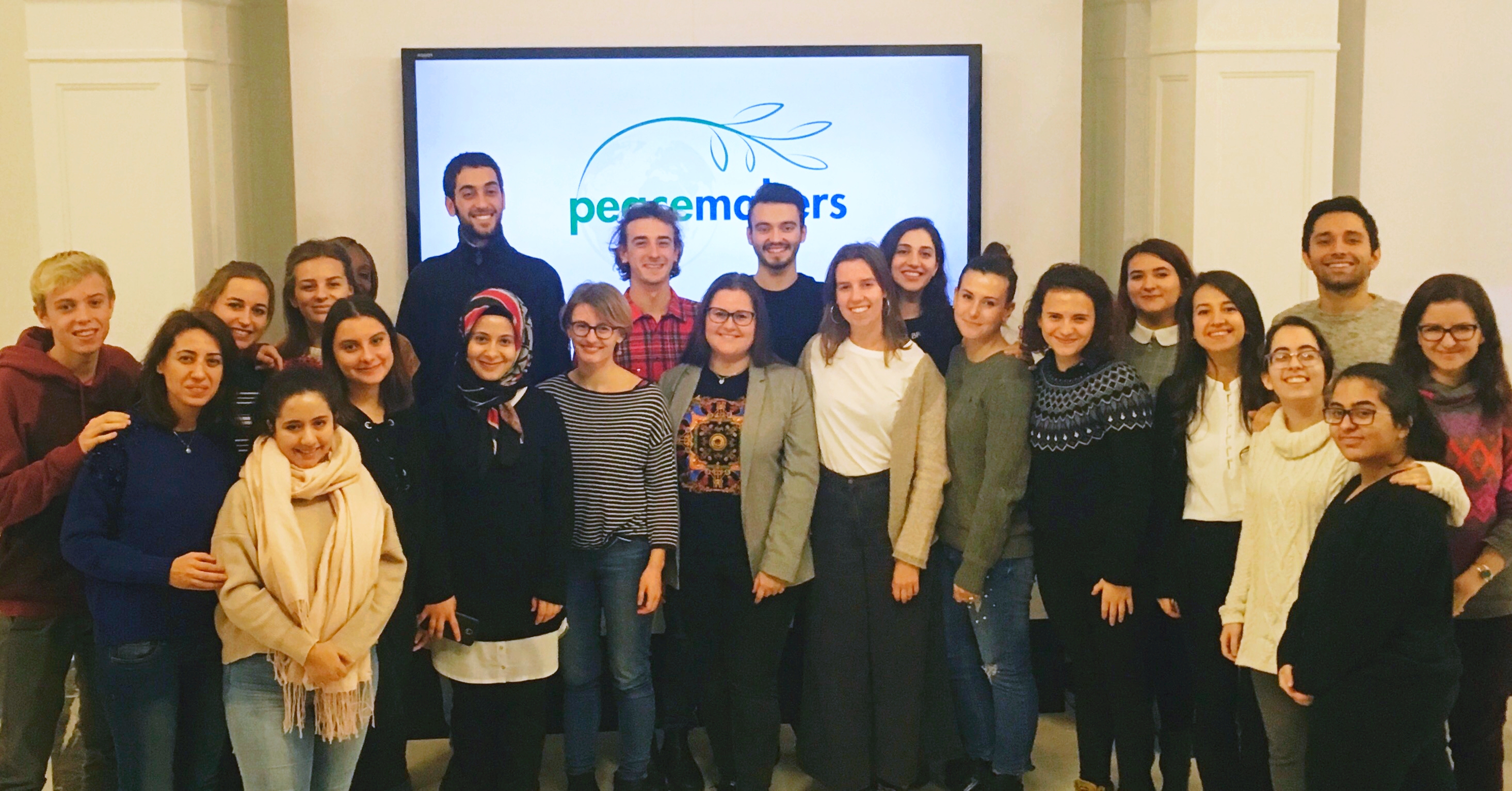 The main objective of this project is to foster a more peaceful generation in Europe and in Turkey that approaches migrants with positive attitudes. The project aims to enhance social, civic, and intellectual competencies recognized as effective tools to prevent and tackle discrimination, radicalism, and racism, and to promote social inclusion through intercultural communication, interaction and empathy.

Please refer to the relevant sections of this website for more information.

Koç University's Erasmus+ KA2 project ``Peacemakers`` had its third and final bootcamp organized in Bologna, Italy, between September 23-27, 2019, with the participation of 25 ``Peace Envoys`` from Koç University, Erasmus University Rotterdam, Gaziantep University, Humboldt University and University of Bologna. Several scholars from the partner institutions delivered lectures on the political, historical, psychological and sociological contexts of international migration. Within the framework of the bootcamp, the Peace Envoys also had the chance to visit “Mosaico di Solidarieta”, as well as have a conversation session with the students in the UNI-CO-RE Project (University Corridors for Refugees, Ethiopia-UNIBO 2019-21).

“Funded by the Erasmus+ Program of the European Union. However, European Commission and Turkish National Agency cannot be held responsi¬ble for any use which may be made of the information contained therein”