Overview Gaziantep is the largest trade and industrial center in the west of Southeastern Turkey. Culturally and socio-economically, it is the most developed city in the region. The University of Gaziantep was founded as a state university in 27 June 1987, but higher education on campus began as early as 1973 when the institute was an extention campus of the Middle East Technical University. The main campus is located at Gaziantep with its extention campuses situated in the neighbouring cities and districts of Naci Topçuoğlu Vocational School, Oğuzeli, Nizip,  İslahiye, Nurdağı, Araban and 15 Temmuz Campus.

The University of Gaziantep has always tried to train its students as enlightened, research-minded, scientifically-oriented graduates of good character. The main objectives of the University are:

– Development of perspectives with respect to social issues, responsibilities and ethics,

– Technical, scientific and cultural exchanges with similar institutions at national and international levels,

– Professional adaptation to our rapidly changing society and the world in general, with particular attention to European Higher Education Area,

– Contribution to the development of Turkey.

GAUN is a leading university in the region with a strong network including a wide variety of sectors. It has been involved in many projects and initiatives with partners from Syria before and after 2011. Although before 2011 cooperation of GAUN with Syrian education partners focused on the increase in skilled human resources, since then GAUN supported many humanitarian and peace building initiatives as well. GAUN is the initial hub for Syrian youth who left Syria to continue higher education.

Thousands of Syrians have taken refuge in Gaziantep and the surrounding cities because of the war in Syria. In Turkey, officially 20.701 Syrians enrolled at Turkish universities and Gaziantep University, hosting 2100 Syrian students holds the highest capacity.

GAUN’s Social Involvement Projects Unit designs social projects for university students and let them participate in problem solving processes. This unit has carried out many projects especially for women and children in refugee camps around GAUN, to provide psycho-social support, basic health care training, general dental check-up in the camps, organizing sports tournaments for youth and campaigns in and out of university to collect material aids.

For Syrian students and academics who lost their professional work environment, GAUN has opened Arabic taught departments in all subjects. Arabic taught programs started to accept students in 2015-2016 academic year and we now hold a strong network for Syrian academics in the region who will be able to continue their academic profession in GAUN. 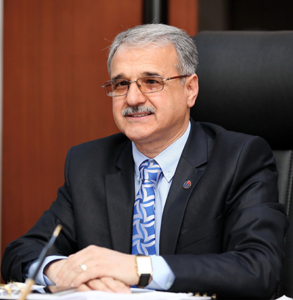 For the Peace Dialogue Campus Network project, the main key person is Prof. Dr. Metin Bedir, Vice Rector, who is responsible about issues related to international students and projects. Mr. Bedir is a physical engineering professor specialized in Growth of Semiconducting (Cds, CdSe and ZnSe) and conducting films (Nife) and Investigation on their Electrical Magnetic and Optical Properties. He is the official representative of GAUNatthe national policy level especially about International projects. 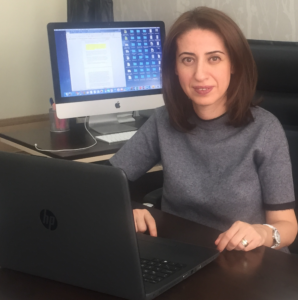 The other key person is Ins. Simge Akbaş, Director of Civic Involvement Project Unit, is a professional project coordinator working at GAUN for 8 years. Before GAUN, she worked in an official project related to improvement of trade between Syria and Tukey. Ms Akbaş, coordinates over 30 social projects with national and international partners. Therefore, she holds a strong network of project partners especially within the city of Gaziantep.